Antifa (link for humor, but truth is oft found in humor) and their ilk are speaking more and more about training, organizing, and learning how to be proficient in hand to hand combat as well as weapons. These are people who are willing to make IEDs out of glass bottles and M-80s and throw them into a crowd, as well as deliver bricks to the face of someone opposing them. 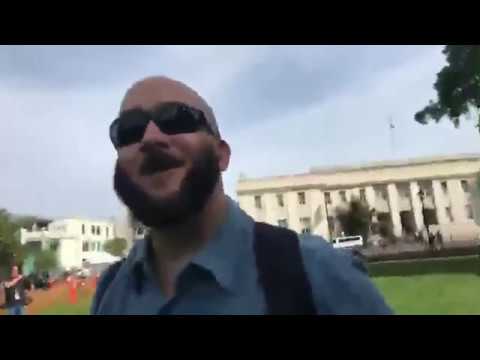 Like I was explaining to a friend a few weeks back. I’m not training to defend myself against a coward who will tuck tail and run as soon as my right cross connects with his chin. No. I’m training for the 350lb gorilla looking motherfucker with his five friends ambushing me, hell-bent on destroying me and doing unspeakable evil to my loved ones. My mindset is this: I am the only one that stands in the way.

Appropriately enough, Tim Kennedy shared a similar sentiment this morning. Emphasis in bold is mine.

If you keep knocking on the devil’s door, at some point he is going to answer it. In that single moment, when you’re going to have to fight for your life, what you do then and there truly won’t matter. There will have been thousands of decisions up to that point that will dictate the outcome. Every one of those decisions contributes to your survival or failure and potential death. Your life may not matter, but those behind you that you are there to protect will face the horrors of evil without you standing in the way. Have you trained? Have you put the blood, sweat, and tears into preparing for this chance to be the defender we need? Your spouse, children, and potentially hundreds of innocent and vulnerable lives, with nothing to stop the violence headed their way but you… what have you done to prepare you for that fight?

I’ll look this devil trying to dish out death straight in the eye and tell him to pick his poison. Either way, he’s going to die.  ~Tim Kennedy

There is no such thing as “good enough”. Do not believe for one second that you can “just go to guns” or draw a knife and be guaranteed victory. No, train with the understanding and mindset that there are people out there that can easily take that gun from you and whip you to death with it, or take that knife from you and ventilate your chest cavity with impunity.

Let that sink in.

I am not the baddest, meanest, most lethal motherfucker out there, I am well aware of my shortcomings as well as my proficiency. That being said, every day I am trying to get the edge of my “knife” sharper. To be more resilient, stronger, faster, to endure more and be harder to kill than I was yesterday. This is why I enjoy training with and around guys who are better than me. This is why I seek out training from highly proficient people whenever I can: the range, the gym, the mat. I keep hubris in check and embrace the humility of knowing there are always bigger, stronger, faster, more proficient people out there.