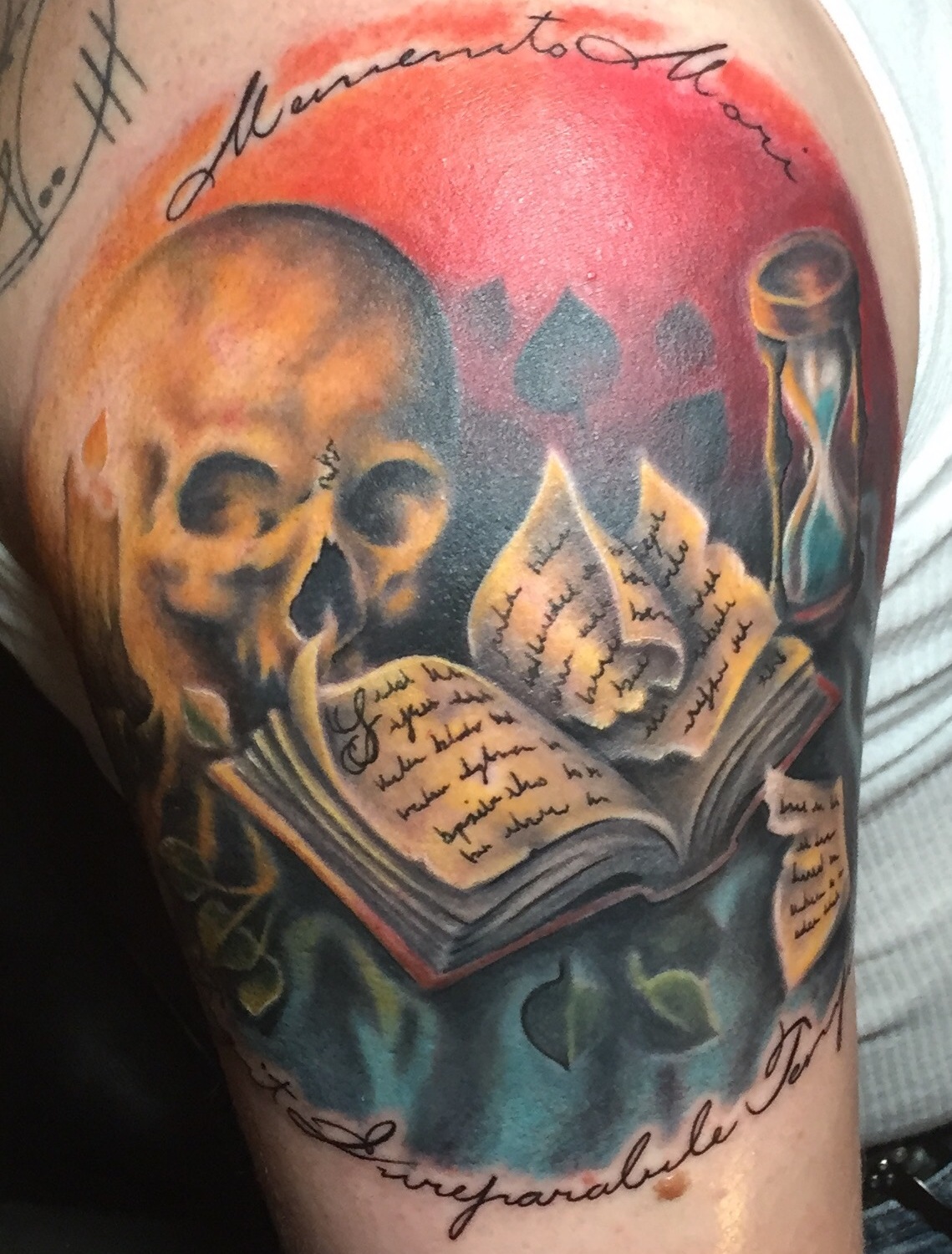 “Because we don’t know when we will die, we get to think of life as an inexhaustible well. Yet everything happens a certain number of times, and a very small number, really. How many more times will you remember a certain afternoon of your childhood, some afternoon that’s so deeply a part of your being that you can’t even conceive of your life without it? Perhaps four of five times more. Perhaps not even that. How many times will you watch the full moon rise? Perhaps twenty. And yet it all seems limitless.”

Mastery over self includes the wading into the depths of the existential, the mysterious, the spiritual. It also includes coming to grips with things that are inevitable and beyond your control. And sometimes, like contemplating the subject of your death, they cover all of the aforementioned depths at once.

Death is certain; inevitable for every living thing on this planet. It is by and large out of our control. It is mysterious, spiritual and by it’s very nature existential. We all must face the understanding of our own inescapable passing, or avoid it and try to put it out of our minds until the very end.

Self Mastery dictates we face it, and face it long before it happens.

I’m obviously not the first person in the long line of humanity to have these thoughts. So, while these might be my thoughts, I understand that the majority of them are not “original” by any stretch of the imagination.

I planted some seeds for this post on mortality in “Eulogy” and in my more recent post regarding transformation. 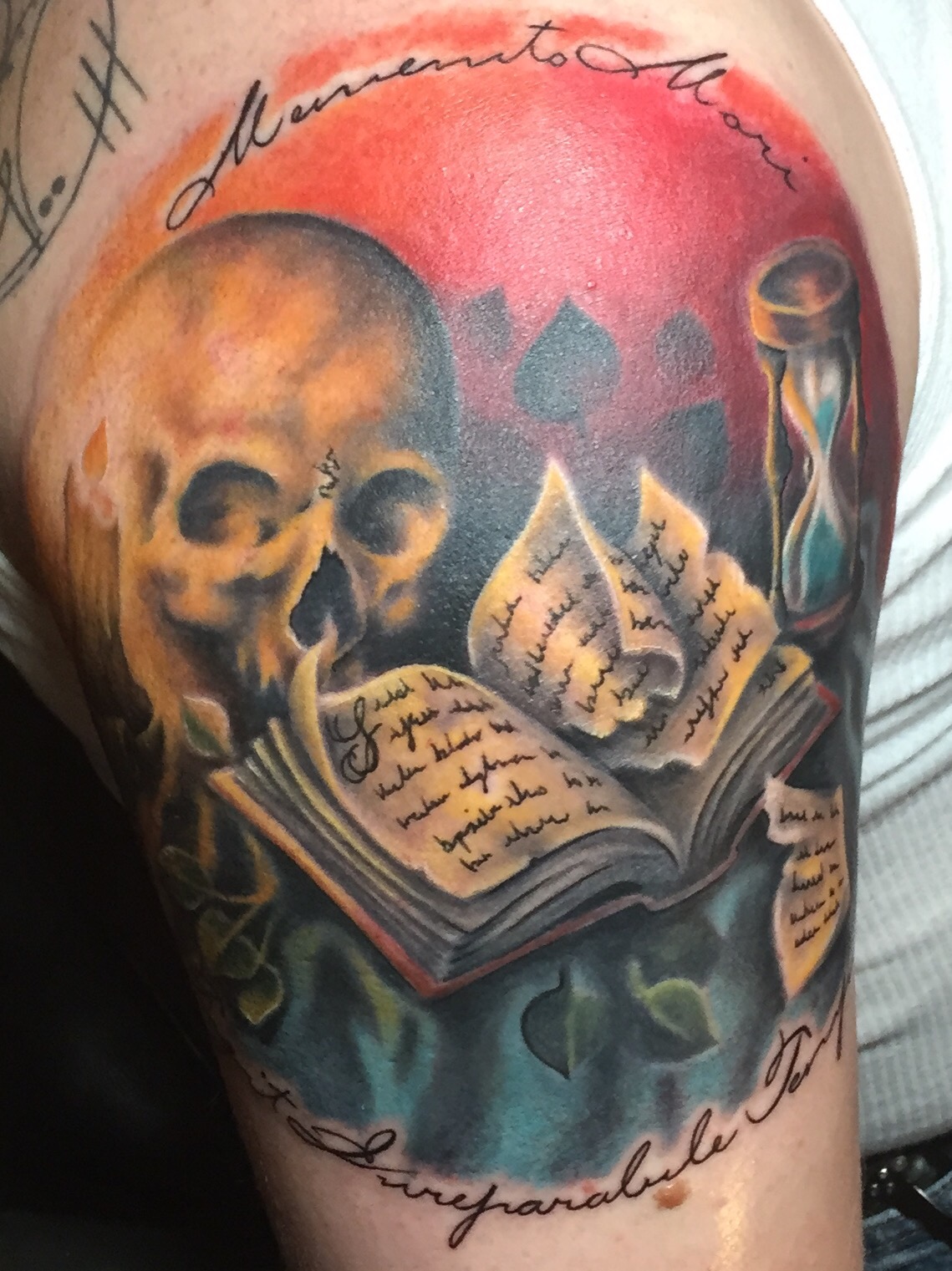 First, Memento Mori has gained a lot of traction over the last few years. It is being brought back into the consciousness of the culture and I think that is a good thing. The saying might be new to you, but I’ve seen it popping up in so many places.

My first introduction to the phrase itself was from an article over at The Art of Manliness back in 2012. Here is a small excerpt from that article, giving the brief background of the phrase itself:

Memento mori is Latin for “Remember death.” The phrase is believed to originate from an ancient Roman tradition in which a servant would be tasked with standing behind a victorious general as he paraded though town. As the general basked in the glory of the cheering crowds, the servant would whisper in the general’s ear: “Respice post te! Hominem te esse memento! Memento mori!” = “Look behind you! Remember that you are but a man! Remember that you will die!”

Memento mori. Remember that you will die.

Memento Mori, Remember that you will die.

Indeed. It is in the remembering that I think the challenge lies. Which is why we need reminders. The very reason I got that tattoo pictured above was to have a constant reminder that I am choosing to understand, contemplate and face my inevitable death now instead of coming to terms with it later in life. As we understand something, that understanding changes, develops and hopefully ripens and gets better with age. This is my goal, my aim with death. That by the time it comes, my understanding has gotten better with the days, years and decades that will hopefully pass before I die.

If you think about it, your life is like a movie. What I mean by that is you only see it from your lense, your particular camera angle. No matter how emphathetic you believe you are. You literally cannot see the scenes in your life play out through someone else’s eyes. You can only witness everything that happens from your seat in the theater, like a fully interactive movie experience built for one.

I am fully aware and recognize that I will die one day; my movie will end. It is the way of this world and I accept that. At the same time, I find myself still having those, “Oh shit! I’m going to fucking die!” moments.

Some questions come to mind when I think of the possible endings of my movie.

I’ve played a mental exercise regarding my death multiple times. The scene is usually me on my death bed, breathing my last. In my mind I am trying to picture what happens next, but I’m only left with a black curtain. As I am mortal, I haven’t the luxury of peering through the Void.

My consciousness fades to black.

My physical body is now as inanimate and non-sentient as a coffin nail.

There is no “me” anymore. I do not and cannot even comprehend it, I’m just… gone.

All my thoughts, desires, dreams, my essence, my “soul”… gone.

Everything that is “me” has crossed the event horizon, spaghettifying into the black hole of mortality and death in the blink of an eye… forever.

“I” remain only in the memory of those that remain.

Daily Stoic has a great, short piece on this exact thing. Literally short enough to include in it’s entirety:

It’s scary to think that we will someday die. What of our family, we think? What of our possessions, our potential, and our plans? Death in this way, is a great loss. The poet Lucretius described it in haunting language: “Never again will your dear children race for the prize of your first kisses and touch your heart with pleasure too profound for words.”

What we forget, of course, is pointed out in the next line. “You will not care, because you will not exist.” Jack London, speaking like a Stoic, has an equally clever and profound line. With death, he says, man “does not lose anything, for with the loss of himself, he loses the knowledge of loss.”

All I have ever known, is my own personal movie, and contemplating that sort of emptiness is hard to grab a hold of. I don’t want that movie to end. I want more. You don’t feel, think, nothing. You are just gone. You will not exist. We get this small little vapor of life as sentient beings able to grasp, think and wrestle with complex thoughts… and then it’s all gone… with no meaning.

“On a long enough timeline, the survival rate for everyone drops to zero.” ~Chuck Palahniuk, Fight Club

Dying in many respects, is a leap of faith.

I’ve spent the majority of my early teens through adult life as a Christian. I’ll be thirty-eight in just under a month. The whole of the Christian faith hinges on a Resurrection: Life after death of the Savior. And if there wasn’t a Resurrection and if there is no resurrection for the believers, like the Apostle Paul said, we are the sorriest and most pitiable of creatures**. I still believe that the Christian faith holds merit, but if compared to the whole majority of my Christian friends and family – or even myself five years ago – I’m practically an atheist. Like the boy in “The Polar Express”, I want to believe. But, for both our sakes I won’t unpack that box here.

**I’m going off memory here. You get the gist. Save your time, I don’t need a deep theological exegesis on the nuances of the scripture/s I paraphrased.

Faith – or lack thereof – not withstanding, I find it hard to accept that death would be the end.

Maybe its cognitive bias or some other form of bias on my part. But, we are sentient beings, conscious and self-aware. God-like in our potential for thinking, creating, destroying and reproducing. Demon-like in our potential to scorch the earth in tragedy, bloodshed, despair and destruction.

We humans have so many spiritual like qualities that makes us “us” in our spirit, soul, and/or consciousness, it is hard to accept that it would just end. With so many examples of life in a cyclical nature and so many other examples of transformation where there is a kind of death and a newer life comes from it, it is hard to accept that we would not transform yet again in some way.

Regardless of whether life will end at death or continue on in some other way, we are still left with a decision to make.

We can’t sit on our ass and waste the time away.

We must decide what to do with the time we have here, right now. It is seen so much on social media, inspirational quotes and memes, motivational videos and the like that it has become white noise, despite the truth it holds: You only have this one life.

We have been given a small sliver of time on this amazing planet.

The only solution is to make the best of it, yes?

The only solution is to embrace this life, yes?

Search yourself, we, all of us, make space for what is truly a priority in our lives. We constantly complain about not enough time or money for the higher things in life yet all one needs to do in order to know what our real priorities are, is to take a look at what people will make time for or spend their money on.

I was going to try and wax eloquently in this action section regarding living your passions, etc. However, there is a lot of that out there and without the conviction of mortality, I think much of it is just white noise.

So I will just end this post with these last four short sentences.

It could be today.

**Hey there, thanks for reading this post! If you find value in the writing you find here, the biggest compliment I can receive is for you to share the ever loving shit out of it. Thanks again for reading!**

11 thoughts on “Remember that you are but a man…”